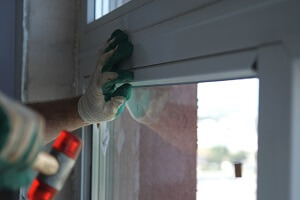 When replacing the windows in your home, there are several important considerations, from the local climate to your home’s condition, the orientation of the windows, your energy bills and your budget. Here is a look at performance ratings and other factors to consider for replacement windows.

The U-factor is a rating system that was developed by the National Fenestration Rating Council, or NFRC, a nonprofit group aimed at providing independent labeling and ratings for the energy efficiency of various building components. It is one of the factors considered by the U.S. Department of Energy and Environmental Protection Agency’s Energy Star program.

What are low U-factors? They indicate that a window has excellent resistance to heat flow and greater insulation, while a high U-factor indicates a less efficient window that is not as good at insulating.

In colder climates in the northern part of the country where heaters are used frequently in winter, the ideal U-factor will be 0.30 or less.

Finally, in the cooling-dominated areas of the south where the climate is generally hot year-round, look for a U-factor of 0.60 or less.

Solar heat gain coefficient, or SHGC, refers to the amount of solar radiation that is able to pass through a window and can quantify the amount of energy efficiency offered by a specific window. Understanding the way a window performs in relation to solar heat and sunlight facilitates the process of choosing the right windows for a particular installation. 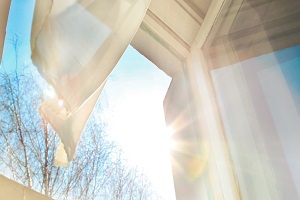 For colder northern climates, an SHGC in the range of 0.30 to 0.60 is ideal as these windows can allow the solar heat that is gained to warm the home, although the window’s U-factor is a more important consideration than SHGC in these areas.

However, in the north and Midwest, where the climate is mixed, windows should have an SHGC below 0.40. In the mixed climates in the south and central areas of the nation where both heating and cooling are used, it is best to keep the SHGC under 0.30.

It is in the cooling-dominated south where choosing windows with a low SHGC is the most advantageous as the main concern in these areas is ensuring the interior of the home remains cool. An SHGC of less than 0.27 is ideal in these areas.

R-value is a measurement that is used to quantify the thermal resistance offered by a window. It measures thermal conductance, making it the inverse of the U-value. It describes the effectiveness of a window’s insulation and how well it resists the flow of heat.

A higher R-value will indicate greater resistance to heat flow and more effective insulation. It is important to note, however, that although R-values do provide useful data for comparing different types of windows, this figure only applies in windows that have been properly installed.

An R-value will usually be within the range of 0.9 and 3.0. A higher R-value indicates a more effective window, so it is important to seek the highest R-value possible regardless of the zone in which the home is situated. 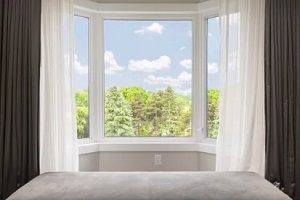 Also known as visible light transmission, visible transmittance is a measurement indicating the amount of light in the spectrum’s visible portion that passes through a window.

A higher number indicates a greater amount of light is able to pass through the glass. It is expressed as a number from 0 to 1, with a VT of.5 meaning that 50% of light gets through, while a VT of .95 indicates that 95% of light will get through.

In colder climates, many homeowners wish to maximize the amount of light that enters through a window. However, it is important to keep in mind that the tradeoff may be an undesirable amount of solar heat gain.

In general, the VT you need does not depend on your geographical region. Instead, it will be determined by the home’s specific daylighting requirements and the homeowner’s desire to reduce the interior glare within a space.

The condensation resistance, or CR, is another rating that is used by the NFRC, and it determines how well a specific window resists condensation. 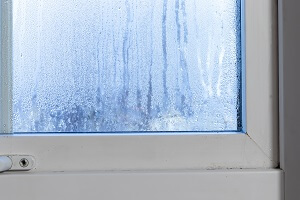 It is expressed on a scale from 1 to 100 and is calculated by measuring the interior surface temperature of the window at indoor relative humidities of 30%, 50% and 70% at an air temperature of 0 degrees Fahrenheit under wind conditions of 15 miles per hour.

A higher number is more desirable as it indicates the window has a better ability to resist condensation. This is another figure that does not have an ideal number based on geographical location. A higher number is better regardless of where you live; homeowners should aim for a CR rating of between 30 and 80.

There are many considerations that go into choosing the right windows. The window replacement specialists at Adelphia Exteriors can help you choose the best windows for the Northern Virginia climate as well as your home’s specific concerns. Contact us today for a free estimate.